Hello everyone!
I would like to say that maybe, from time to time in my post i will get into more detail, but this tends only to show my skill level, and perhaps some mistakes that i have made.

SO, I am making a puppet for a stopmotion indie game project...some pics below. 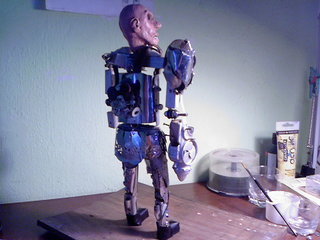 At this point the puppet is almost finished, its having a shirt, but i havent put it on. Its made primarily from metal, excluding the right hand, which is from plastic, and the head - polyurethane foam with acryllic paint on top.

The armature is, as i have found somewhere in the internet, called "The poor man's armature". Its containing of aluminium tubes, at which end there is some wood, in which the joints on the left are winded. For the joints that need more complicated moves (legs, arms, spine and neck) i have used the ones on the right, which resembe a ball&socket armature, theyre just made in China (i miss here the balls, because theyre glued to the armature itself) 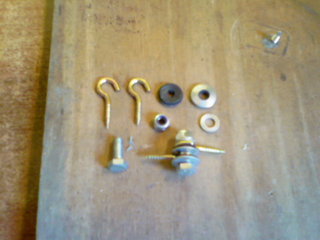 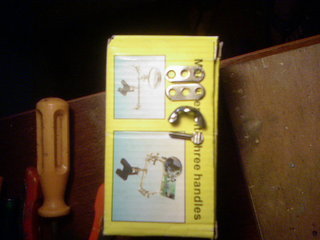 Okay, until here everything looks normal, works kinda nice, and looks good to me (there will be a papercrafted cogwheel between the right arm and the body, thats why i've left some space).

I have planned to do my first tests on a walking cycle (without special light or anything, just to see how it works) in tuesday. I've made some research at this guy's blog https://www.youtube.com/watch?v=8clb4U9UV4A&feature=relmfuAt (maybe hes famous, if he is, excuse me that i dont know him:))) At this point I realised that maybe its a mistake to do the sketches for the animation AFTER the construction of the puppet... i was thinking, that when it can move even more freely than a human body, everything will be cool :D.

So, yesterday the RIGGING problem occured, and it cought me by the neck, and its not letting go.

First, i tried to do the rig similar to this one i've seen in the video, but i wasnt able to figure out neither how to make the part which holds the rods together, neither from where to get it. In animateclay.com i've seen how the professional ones look, but i dont have joints this strong, to hold the puppet in the air with this angled position of the rod - the puppet is all just metal, and it weights round 200 - 250 grams. So i've tried some of my guesses how it should work, but it didnt. Today i came out with this. 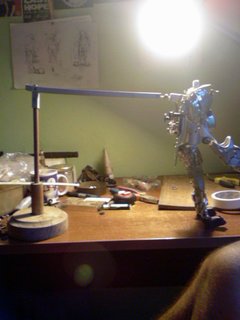 When i look at it on the picture now, it seems ridiculous. Anyway....

But the holding will restrict its movements for the walking cycle - i want to have it more manly, with shoulders waving around :) I cannot reach the spine armature, because on the back there's a clock mechanism - if i drill through it, it will die!

So, after this long post, i form some questions now :)

1. In general, what mistakes have i done during the construction?
2..Where should i attach the puppet to the rig?
3.What type of joints should be used for the rig itself? Or maybe i can use some other, more complicated construction?
4.Any ideas will be great
Thanks!

I looked at that video, and the rig had one difference that might help you.  The horizontal bar extends past the other side of the support stand, so it could have a weight on it, to balance the weight of the puppet.

That's what I did with a very large and heavy dinosaur puppet, I had a counterweight on the other side of the rig so the weight of the puppet was balanced.

I usually don't need a rig for walking - only for jumping or flying.  I attach my rig to the hip of the puppet, so the back is free to bend.  For small light puppets, I make the rig out of armature wire.  For a heavier puppet, I had to use ball and socket joints. (See photo.)  I had a mount on the back and front of the pelvis, and used which ever one was behind the puppet for that shot.

Everything runs as smoothly as possible for a first-timer :) Thank you!

Choice of sculpting materials for moldmaking

Hello, I haven't done any moldmaking but would like to try it. I've seen Nick Hilligoss's great…See More
1 hour ago
0 Comments 0 Likes

Matthew Bradley replied to Matthew Bradley's discussion Making bigger ball and socket joints (15nn - 17mm) from modeling tools?
"Now thats the size I'm looking for. I'll definetly give it a trial go. Are there any…"
2 hours ago

Matthew Bradley replied to Matthew Bradley's discussion Making bigger ball and socket joints (15nn - 17mm) from modeling tools?
"Once again, thank you so much for your thorough and in-depth advice, this has been so…"
2 hours ago