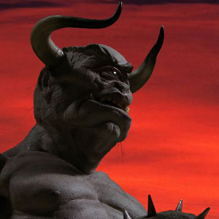 I've been having fun working on a low budget horror film called "BONELESS" that's being made in Italy. The film's creator gave me permission to release one shot of the animation I've been shooting…Continue

Wait for it... The PeripheralContinue

I recently began working on a project that required green screening a puppet, using my new Mac computer and my newly acquired issue of Dragonframe 4. I ran into trouble trying to get the color I…Continue

Ron Cole replied to Peter Andrew Montgomery's discussion Digital Go-Motion. An advancement> Or a sell out to compete with CGI?
Jun 1

A Bit Of Realistic Stopmo In a Live Action Short

So glad you finally got a demo reel out!  I am on a kludged-together system using a tablet with a phone connection wi-fied to my portable (don't ask!), and so I cannot download because it is horribly expensive and uses up the small bandwidth I have on the tablet, but at least I can communicate.

The animation school has had major problems, the politicos apparently were jerking me around, insincere, probably using the project specs to impress the President in a list of what they were supposedly working on.  They would demand instant updates, presentations, etc. and say they would back me when I applied to the state for financing, but whenever I asked them to set up an appointment to go in together, or a letter of support they would either have some lame excuse or set an appointment and neither show up nor even have the courtesy to cancel.  Real assholes.  I finally told them to call me when they were serious and they blew up, accusing me of wanting to game the system for my own profit!  I cut that short by telling them they could red-line any budget item they felt was out of line, but by then the trust had been broken.

So I am trying to do it on my own, looking for some land on which to build a house and a structure for a studio/school for about 10 students.  I am getting old, and don't have much time left to do long-term projects, so all I can do is keep slogging along and live vicariously through those of you who are actually doing things.  I am filling my time with studying screen writing, directing, photography, etc. to be prepared when I finally can afford things like latex, a camera, software, etc.  . . . you know, the STUFF!

Thank you for your enthusiasm for the project, and, who knows, maybe it will eventually be real and I will have you down here teaching a workshop!

Hopefully my internet connection will be upgraded, I am living in a rather remote area, and having the devil of a time getting an ADSL connection put in, so I will probably be on irregularly at best, don't think I have abandoned THE QUEST!

As ever, your work inspires me, awes me, and I am very thankful for your friendship.  My email address is mshellabarger@hotmail.com if you want to write.

Hi Ron, thanks for posting all the videos and welcome to the new site!