Here is the longer version of my StopmoJam3 entry.  My idea of what would fit into 15 seconds was a bit unrealistic, so although I did manage a brutally cut-down version to submit, this 30 second version is more like I had imagined it would be.  One shot that was mainly a means to get from a black frame at the start (as required for the Jam), using the cape to fill the screen, had to be cut from the Jam version, so I used it for the title here.…

The set met my expectations visually, but foam core does not stand up to animation. It bent, curled and moved at the slightest touch. It would have been better to mount it on plywood to stiffen it.

I used tungsten lighting ('cuz that's what I have). Light coming from the direction of the moon was filtered with a blue gel normally used to correct for daylight. Lights from inside the room were bare tungsten. White balance was set in the camera for tungsten. I had hoped for a more…

Hey, so remember when I talked about my film idea "AMNESIA"? Well I scrapped the script. It's gone. It's dead. I decided that I wanted to make something more original and interesting, so I started writing the script, and designing the characters for a new film that I am fully passionate about, it is called "Let it Slide". It's about a kid named Nathan who visits his uncle, who runs a restaurant that sells sliders. Nathan tries to pitch the idea of adding breakfast sliders to the menu to his…

Hey everyone. I came up with an idea for a short claymation. It's plot is not entirely original, but it's still a project that I want to commit to. It's called "Amnesia", I still don't have a full idea for the plot, but I have a basic idea. I'll post more updates along overtime.

6-28-21 (156) - Dragonframe controller arrives, much smaller than expected which is a good thing. I doubt I'll even use it since my current set up has my monitors away from the stage.

H21-918 is the working title for the production. I came up with the real title as soon as I had my idea but revealing it now would be a spoiler.

Today is my self imposed deadline to finish a costume commission. I am not finished, and I decided to do more of the project then I intended and everything I am doing is taking twice as…

First blog ever so I'll try and keep from not writing a novel. I decided to do a small film for the Stop Motion Jam #3 and decided to start a blog about that journey. Not every day will be a post and not every post will be about the film but in the end isn't it all about the film and film making. Can I even call it a film? Here are the first few entries in the Production Diary: (the date of the entry then the day of the project counting up to the deadline)

here is some info on the puppets I have

I dug in to the boxes of my dads puppets. They are all from commercials. Jeno's pizza italian chef, Jeno's pizza Roman chariot ( 21 heads and 4 puppets plus the chariot and horse), Nice n' soft, Magic Chef, Lipton tea bag hand boy (?), Spiffits, and a few miscellaneous single puppets. My dad was part of the team at Cascade and later at Sandler, Coast and Trio, that did the Pillsbury Doughboy but all that stuff was pretty popular. I found one unpainted head today that I'll keep.  I'll try and…

looking for a good home or homes for old armature puppets

My dad worked in Hollywood in special effects for many years, including doing a lot of stop motion special effects. I have 3 or 4 wooden crates with armature puppets, I think all from commercials, probably in the '80's. They are in fair condition, the foam rubber at this point isn't the greatest, but the metal armatures are fine and there are sets of heads that go with them.

I will get some pictures and try and identify who these characters are and post more here. There are also a… 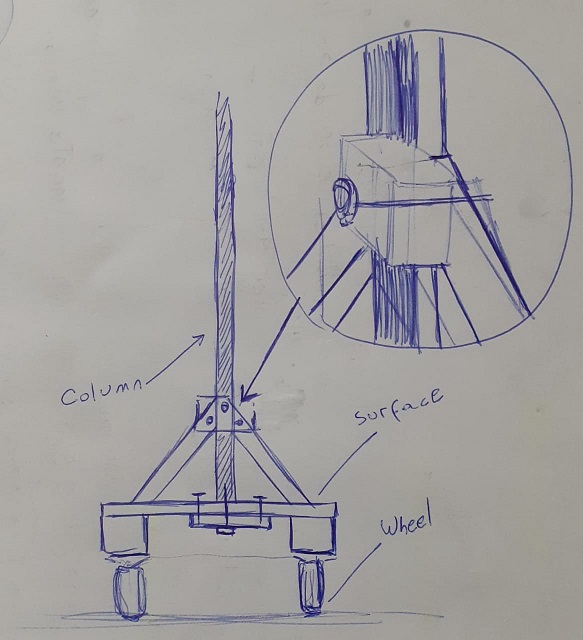 Lately I have been trying to build a backdrop. Here are some pictures sharing the process with all of you, to whomever absolute stranger you may be. To get me started, I found leftovers of wood at the house…

I have created a wonderful technique.  What I do is put a figure to be photographed on a lazy susan and take 360 photos, one for each degree.  I then use a program I wrote to arrange and reuse the exposures to make as many frames as I need reusing many exposures for multiple frames.  I apply physics to the movement.  Here is an example using acceleration.  I also have friction but this does not show this feature.… 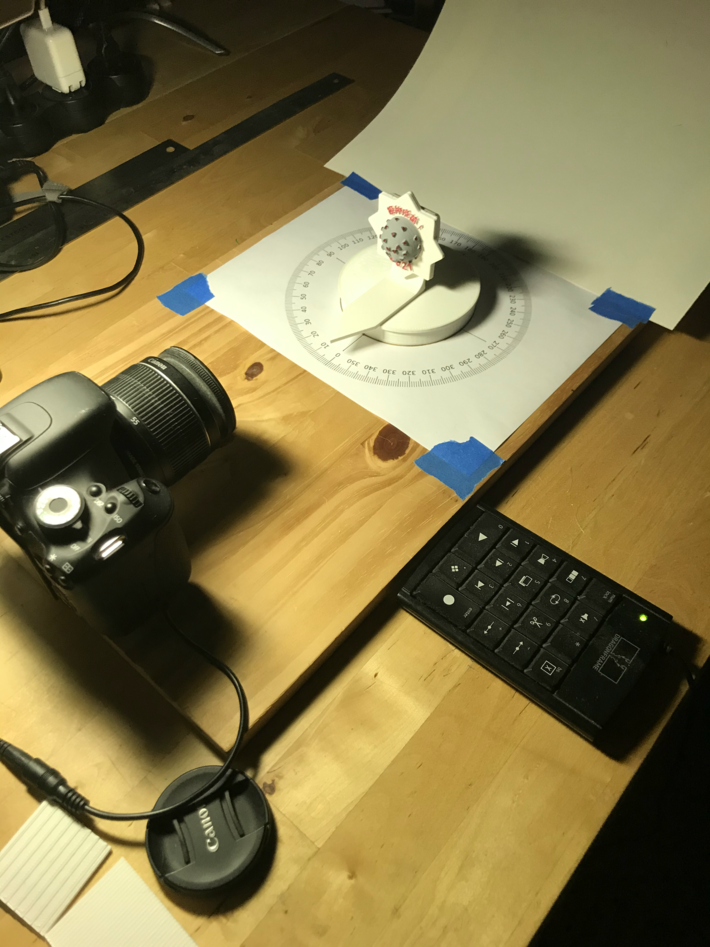 Camera sits on a block which is 3D printed and hot glued with just a small drop.  Lazy Susan with pointer and armature for product.  Background held up with supports.

I own an animation studio called Springtime Jellyfish, http://www.springtimejellyfish.com and I've spent the last year and a half milling my own lumber and constructing an off-grid tiny house animation studio in the woods of upstate NY. I've calculated out what I need for solar and it's EXPENSIVE, so I've started up a gofundme to cover the costs of the solar system. Please give it a look,…

Painting the concrete block wall consisted of first painting a base layer of gray then adding black and brown washes for depth and color. White was dry bushed on to further bring out the texture.

Does anyone have any experience using arri 150s for stop motion animation? I thought it was my other lights but its actually the arri which produces this flicker and occasional shift in light.  I h…

Does anyone have any experience using arri 150s for stop motion animation? I thought it was my other lights but its actually the arri which produces this flicker and occasional shift in light.
I have tried everything. shooting at 1 second, changing fuse and bulb, covering up the back of the…
Continue

Though having a set is not required for StopMo Jam, I am using one that will be part of a larger production later. But it wasn't built yet, so here's how I did it:

Made the proper skin texture and some tweaks to the design, and due to the modifications, this Puppet will be 1:12 Scale. Decided to attach the head to the body to turn it into a full-body modular maquette, so it could be taken apart and be molded and cast separately.

SMJ3: What was I thinking?

Of course I can't just keep a storyboard in my head. As my old boss used to say, "It ain't real until it's written down."

Above are the first 6 panels of my storyboard for StopMo Jam 3. Well, for 15 seconds of screen time that's just about all of them (but I don't want to give the gag away). And looking over them now, I see that some… I've made more progress today, this time working on the Head and the Tail. Like the torso, I sculpted the first halves of the Head & Tail using stencil outlines drawn on wax paper with a sharpie which was traced from the blown up printout of the diagram drawing I made for the design.…