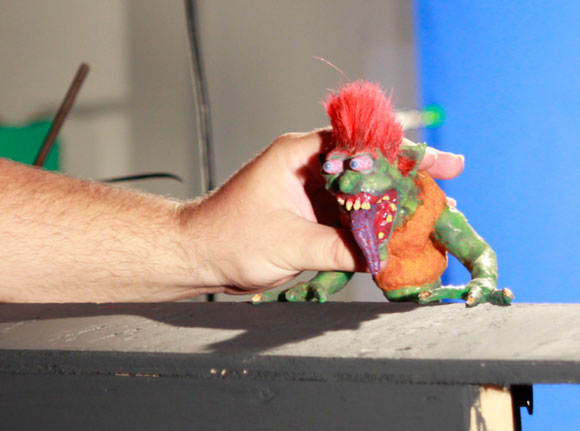 Cyclops & Ymir (Composite by Me)

Manufactured Love, A Robot Stopmotion With his creator gone, Artie must struggle alone to manufacture a semblance of his former love; pitting production against passion. All that remains at the end of the world are the robots and the whi… Discussion Manufactured Love, A Robot Stopmotion 1 Like Fon Davis Miniature Maker Interview on YouTu… This a great interview showing some miniatures Fon Davis has worked on. The interview is part of a new series called "Make: Believe" and it is about the people who bring fantasy to life with tutorial… Discussion Fon Davis Miniature Maker Interview on YouTu… 1 Like

A Newbie at 85!! I have just begun to try stop motion animationand was very pleased to see the Poor Man's Armature. I shall now begin to make some and see if I can make some decent puppets to animate. Hope to have so… Discussion A Newbie at 85!! 4 Likes

StopmoNick replied to Evie Metz's discussion What is this animators process with her puppets?
"The skin surface looks like liquid latex.  That is going by the way it folds at the joints, or…"
yesterday

What is this animators process with her puppets?

I am really into artist Nathalie Djurbergs puppets.Can you help me figure out what her process may…See More
yesterday
1 Comment 0 Likes