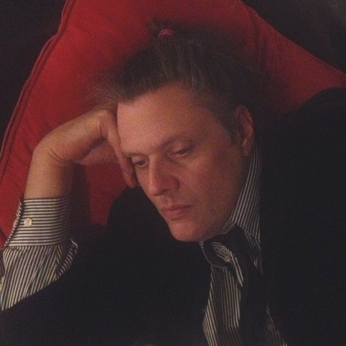 I'm going to be working with an old Oxberry animation stand. Primarily designed for 2d animation, I want to make a rig to support multiple plates of glass to animate layers of flat 2d objects ( this…Continue

Wondering if anyone could point me good links/ tutorials for rig removal utilizing new/updated tools in AE?Continue

A devotee of cinema craft and historical avant garde cinema, I’ve been drawn to explore stop motion and time lapse animation, super 8mm film, stills animation and finding new and interesting ways to incorporate those techniques into the latest in digital film making. As a filmmaker, the rhythm and structure of my picture editing is very closely allied to structures in music and that connection greatly influences my work.

In 1992 I moved to Seoul, Korea and worked with Young Chang instruments developing Kurzweil sampling synthesizers and embarked on an independent study of Korean traditional musics.

In 1995 I moved to Bandung, Indonesia on a scholarship to study traditional music and established a music production studio. As the music director for Red Rocket Animation, scoring MTV interstitials and short format animation was a great opportunity to work with traditional painted cell animation. I scored 100′s of television ads, produced music for a few record labels and was able to enjoy extensive study and travel throughout Asia.

In ’97 when the currency and government both collapsed, I moved my studio from Indonesia to Prague, Czech Republic and continued to score film and TV commercials and had the chance to work with Czech animation hero Bedrich Glazer ( Jan Svankmajer’s animator ) and in historical “Barandov Studios”.

Prior to forming Obscure Object Films in 2009, I was a senior producer/editor for Emmy Award winning production company, Scribemedia.

Creating film and music continues to hold my interest, gets me creatively charged and lets me learn something new every day.

STOPMO JAM 3
This time, the theme is HALLOWEEN. All entries must be submitted by September 18, 2021. More info here.