Gumby has been an iconic figure in my life since I was a kid. I always seemed to have a Gumby and Pokey bendable toy around. Funnily enough however, Gumby episodes weren't airing on television in my area for some reason, but I did watch another Clokey Production, Davey and Goliath, which fueled my interest in stop motion at a very early age. 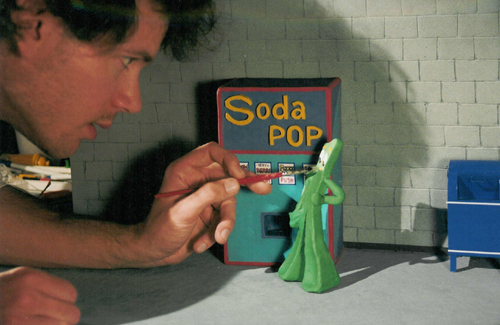 The New Adventures of Gumby

Inexplicably, my first stop motion job was to be an animator on the New Adventures of Gumby in 1987. During that 12 month period, I learned how to load a Mitchell camera, rough in camera angles, work with a crew, and animate...fast. It was the best Animation School I could have hoped for. I met many friends at the Premavision studio and have gone on to work with several of them on other projects such as The Nightmare Before Christmas, James and the Giant Peach, and Coraline. I stayed in touch with Art Clokey and his son Joe over the years, and worked on a few short Gumby interstitials for ABC as well as Davey and Goliath's Snowboard Christmas special in 2003. 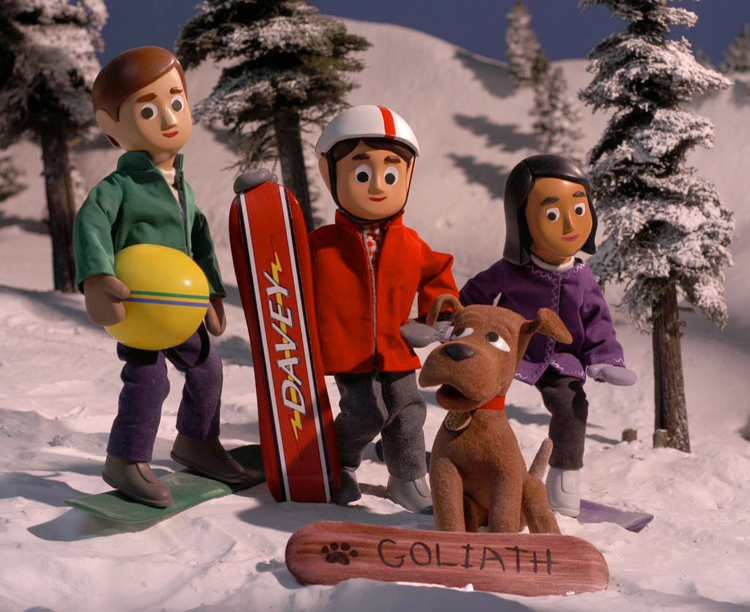 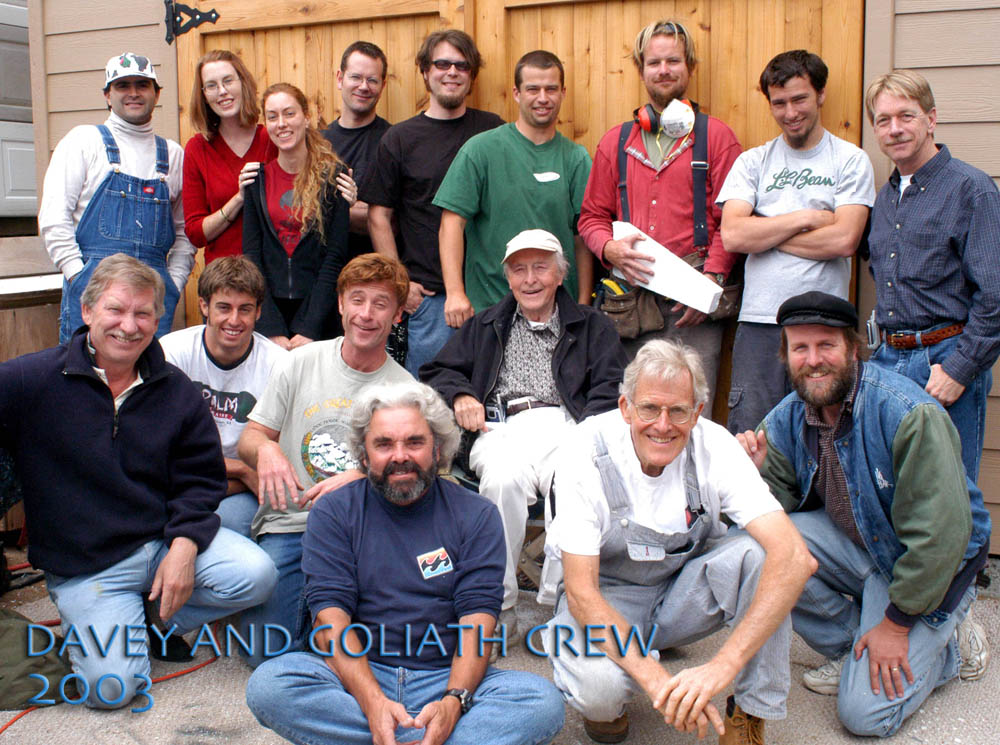 In 2011, I was asked to create a Google Doodle in honor of Art Clokey's birthday. The basic concept came from Google: make an interactive animation using a few characters from the Gumby world. They left it up to me to invent the individual morph gags. The Doodle was displayed on Google's homepage on October 12, 2011. Here is a video demonstrating how the Doodle worked. 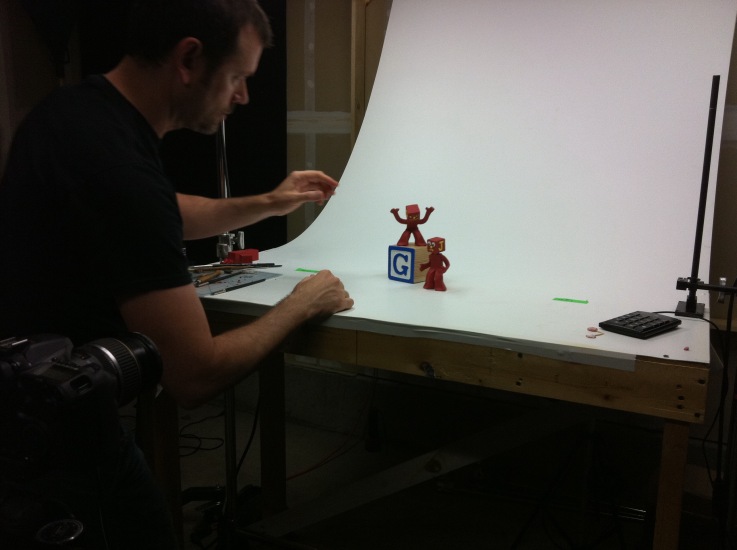 This is the Gumby Doodle white sweep set. Aside from the Blockheads, each character was shot separately then comped together by the team at Google. They also removed the support rods and programmed the interactivity.